This site is also intended as a discussion platform on the subject of social transformations and we welcome your ideas and comments on any point within the mission framework of the Eglex Association. And we thank you for your input!

We also have a facebook page, where we post updates on our activities and current events in the field of Human Rights.

Today, on the International Day for Zero Tolerance for Female Genital Mutilation (FGM), EgLex hosted an important forum in efforts to raise awareness about FGM and to eradicate this practice as an extreme form of gender biased violence and violation of human rights of women and girls.

We want to thank everyone who attended!

It’s not an easy subject and there are certainly no straight forward ways for elimination of the practice that we discussed. FGM has become a phenomenon that cannot be independently evaluated without looking at the social and economic injustices surrounding women and girls. Any approach that aims to end FGM must incorporate a holistic strategy that addresses the multitude of factors that perpetuate it.

However, since 2003 the numbers of girls undergoing the procedure have been dropping, which demonstrates that the norms and stereotypes can be changed!

Ifrah Ahmed is a great role model for us as an activist passionate about her cause on two continents. The movie about her ‘A Girl from Mogadishu' was very inspiring and empowering and we are glad to work with Ifrah Foundation.

Thank you all for coming and participating! For your genuine interest, support and compassion on the subject.

The EgLex Association for human rights and family values has been registered in Monaco on the 3rd of March 2018 and we are glad that the date of our 1st anniversary since creation falls on the week of the 8th of March, the International Women’s Day!

We would like to congratulate our supporters, especially women, on this hallmark day in the process of women reclaiming their rights as equally valuable members of society, of promotion of leadership in policy and decision making in family, employment and community! Although 100 years could not correct the disbalance of the millennia in the history of humanity, women are already benefiting from the fuller inclusion and appreciation of their contribution at home, office and society. However, we have still ways to go before achieving substantive equality.

We are delighted to address you with our first anniversary newsletter with the report on our activities for the past year and our initiatives for the next in the attached document.

Q1: Should there be minimum family separation standards?

S.T.: Like in a case of an employment, EgLex advocates establishment of minimum separation standards. In employment, the State guarantees to the employee a minimum wage, medical insurance, conditions for dismissal, and unemployment benefits, which are paid from his or her social contributions. Unfortunately, upon a separation of an unmarried
couple, the vulnerable partner has no minimum standards.

So the Government has to intervene in order to create them. Even more so given the fact that those standards may be guaranteed by the property accumulated by the unmarried couple during their relationship.

Janna: The State doesn’t give a free choice to be employed unofficially. If the employer takes an unofficial worker, s/he will be persecuted, since this is illegal. So why do we tolerate such a regulation gap in family relations?

Q2: How does this relate to Monaco?

S.T.: Monaco is exactly the country where there are no such standards even for married families. By default, a marriage does not mean any accumulation of common property. There should be a contract establishing such common property. Only in a presence of a written contract this kind of property will be recognised under the Monaco law. There are doubts, however, whether this type of regime is compatible with the UN law.

Janna: At the moment of marriage, often couples cannot fully appraise their future contribution into household and family effectively. Who will be the main caretaker and money earner? Thus, the couple is not able to fully understand the potential consequences of the default refusal by Monaco to recognise them any common property, which will be the case unless the couple signs a contract or chooses a different jurisdiction. Free union family partners can be left completely in the no law zone with no contribution to family whatsoever being recognised. At the same time, the contribution of women who bare children and nourish them cannot be underestimated. The traumatic consequences for a weaker, unprotected partner, especially parent and kids can carry on through lifetime. 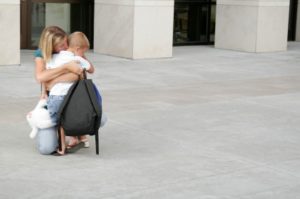 We invite you to leave your comments under each post with question/answer.

What is the EgLex Association? Is there anything wrong with human rights in Monaco?
Janna:
The Association has been called EgLex from a combination of words égalité and lex (“law” in Latin). National legislation is fundamental in preserving social order but also instrumental in promoting social progress, equal opportunities, fair treatments, individual liberties, and family integrity. Our Association seeks making social transformations reality, not mere words. However, it all starts with discussion and raising awareness on different issues in public.
Yes, indeed the social progress opportunities provided by the European Convention of Human Rights and by the International Covenant of Civil and Political Rights need observation, promotion, and an action helping the society in Monaco to benefit from them. However, we also believe that we – here in Monaco – can contribute to social transformations for the benefit of the whole Europe and even the world in this ever-evolving field.
Elena:
The human rights topic is quite wide and we understand that we cannot embrace all possible areas. Therefore, we would like to initially focus on social progress relating to family integrity as the core unit of society that can support or impede the growth of a child, future member of society. We would like to raise discussion on the roles and responsibilities of men and women in family partnership, promote respect and recognition for their contribution in unpaid work of child rearing and household organisation.
As to the current situation related to recognition of unpaid contribution to family’s wellbeing, unfortunately, Monaco is behind its European neighbors. This is what one finds in the Concluding observations of the UN Committee on the Elimination of Discrimination against Women. An area of particular concern is marriage and family, and certain medieval traditions.

You’ve mentioned the UN Concluding observations on the situation of women in Monaco. What’s your perspective on that document?
Janna:
The specialised UN Committee deals with the issue of equality, and produces Concluding observations raising concerns and proposing positive actions. Certain social inequalities between men and women are related to our biological reality. The employer discriminates women, since there is still an expectation that a woman will dedicate a substantial part of her thoughts and time to kids, and in many cases this is true. Therefore, the affirmative action needs not only a recognition of a formal equality, but also taking into account the time a woman invests into her family, thus liberating substantial time for the partner working outside the family. The very fact of giving birth out of your own body and breastfeeding often leads to a greater psychological attachment, and our legal practices should accept this.
The contemporary decline of the institution of marriage leads to the fact that women prioritising kids become more vulnerable. The legal system must wisely put itself into this context, providing increased guarantees to a woman-mother, especially in a family without marriage.
Elena:
Proclaiming equal rights between men and women is nonsensical without equal respective rights at home. We should not neglect the problems existing and persisting in the core part of our society, i.e. in our classic, traditional families, which are the basic cell of human existence. I define classic families as those built on the relations between men and women, living together and having or willing to have children.
This will be the major priority of Eglex initiatives: discussion on rights and opportunities of men and women in family relationships, social roles of men and women in fatherhood and motherhood, their fair and recognised contribution and, therefore, fair opportunities for self-realisation at and outside home.

Could you give an example of legislative initiatives in family area that your Association supports?
Elena:
Nowadays a lot of families are created without an official marriage. This union is considered by European law as a free union with respective rights of men and women to common property, manifested by tax reductions and other benefits. In Monaco the society is multicultural and people who come from other European counties are not aware of the fact that there’s no free union recognition here. Despite the fact that only a woman can give birth to a child, this often leads to discrimination against her. The site movingtomonaco.org highlights this issue very well with some advices on this matter.
Janna:
Free unions should be recognised as a family, meaning that they have a common economic life, which is not different from a married couple: common property, common incomes, and a common tax unite. The Monaco’s legislation is progressing a bit slower in this regard, be it with division of common property in case of divorce, or with recognition of free unions as units of society.
In a case of separation, the vulnerable partner is the one who gave priority to kids or home, and who liberated the time for the career of an externally active family partner. The society should be interested in protecting the vulnerable one. Even more so, given the fact that the stronger partner resident in Monaco has, as a rule, a very sufficient budget, which does not require any contribution from the Principality other than legislation.